Hell on your doorstep. 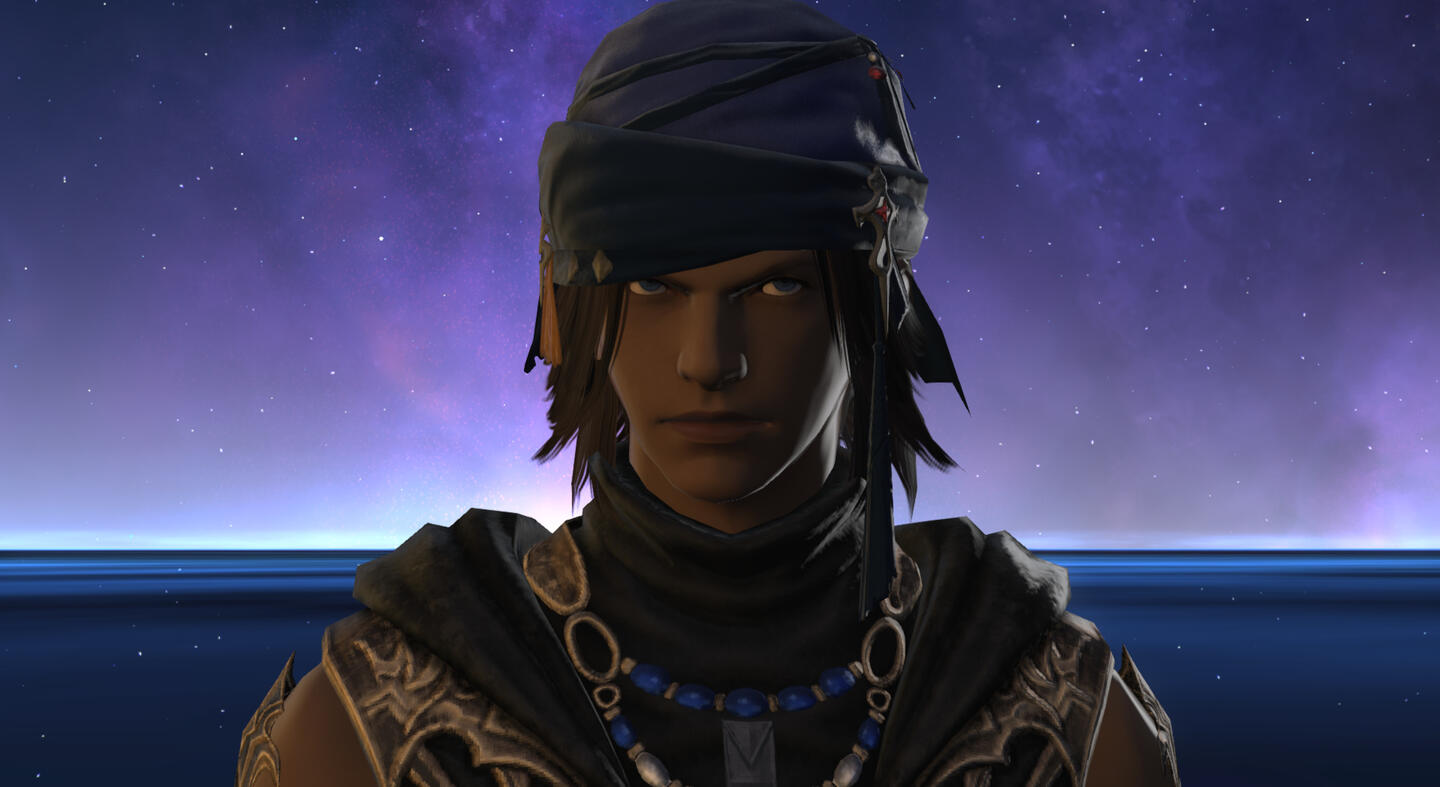 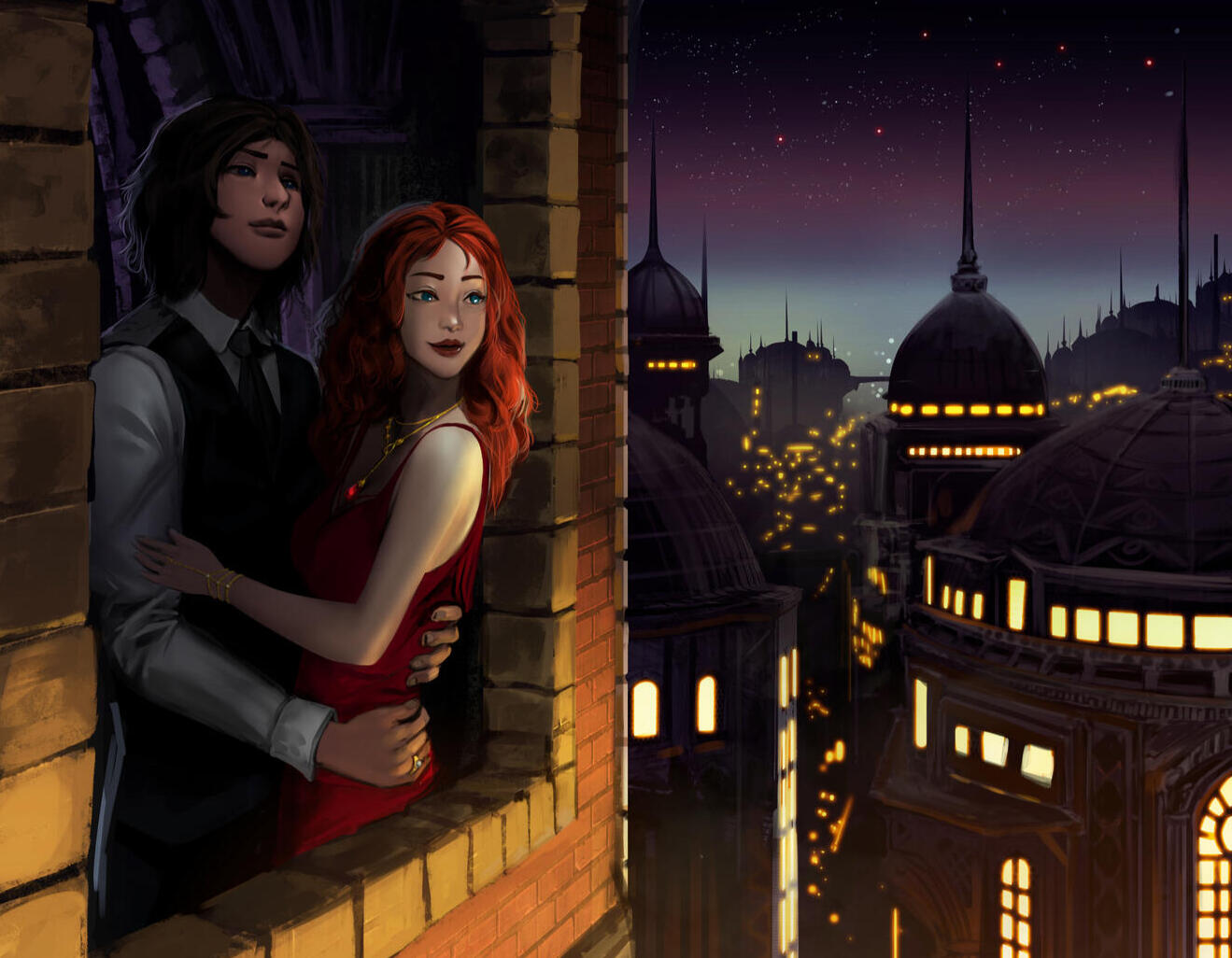 More faces than the dusk trader 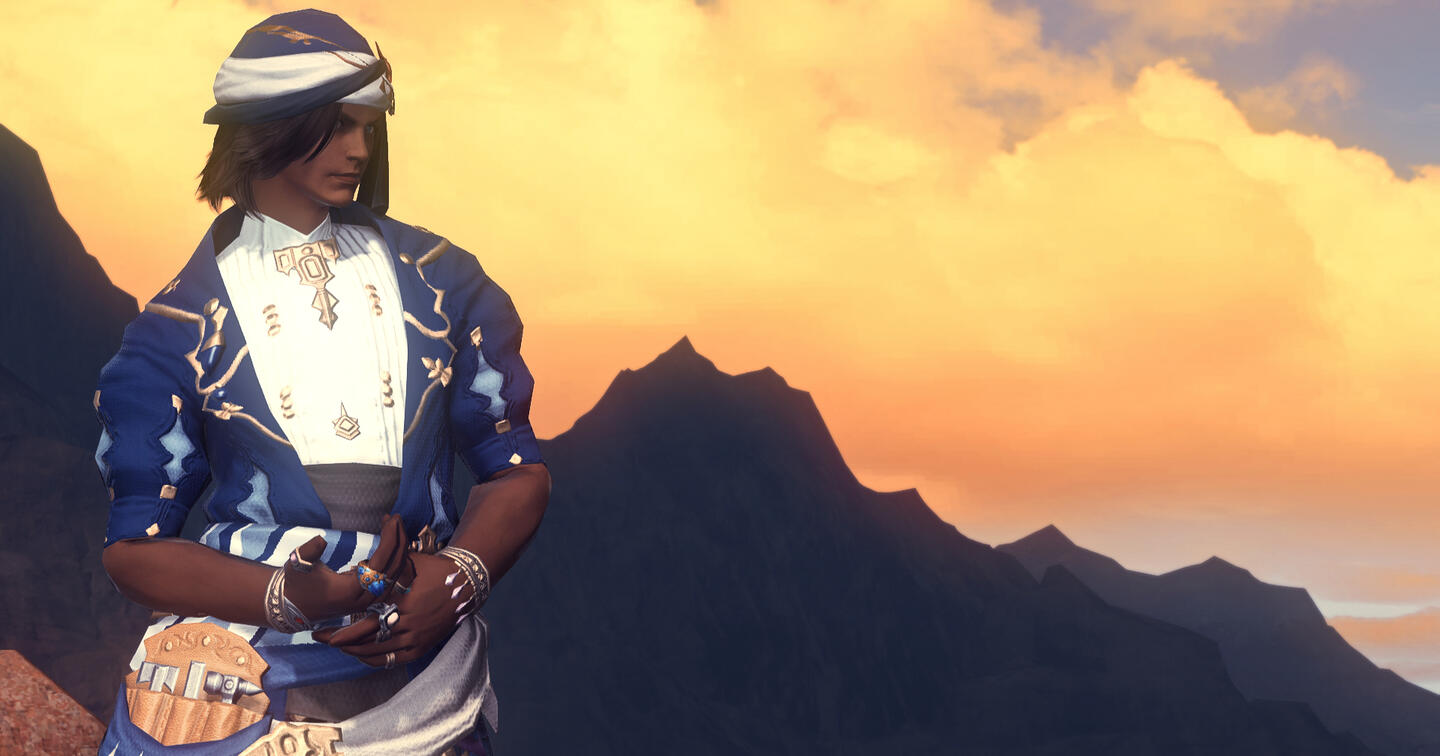 dark and familiar and deep as the sea

From rags to riches; This is the story of Lucas Rajan. But are any of the tales told of him even true? Are they told in the right order? Only those closest to him know. At least... they might.

Lucas maintains a reputation as a pretty man with a love for fancy clothes and the occasional bout of dandy behavior. He's infamous for winning the favor of influential women, and is known as a gentleman lover of many. The savvy see he hides ruthless business acumen beneath it all, along with a penchant for viciously guarding what is his. But that only distracts from the true secrets.

“If you want to find out what a man is to the bottom, give him power. Any man can stand adversity — only a great man can stand prosperity."
— Robert Ingersoll.

Lucas seeks to be a patron to his people and provide for them. He safeguards the safety of his employees, and their families — brutally if he must.

Aetherscale Enterprises makes it fortunes trading, investing and striking out upon dangerous ventures to gain new resources. It invests in the arts and other community efforts wherever it may by using venues and resources from its businesses. Lucas' prior alchemical practice provides an established avenue through which he provides succor.

Ul'dah — nay, Eorzea — can be a dangerous, cutthroat land. Lucas is not above the use of violence, coercion and intimidation to protect what is his, especially when he regards it as precious or beloved.

(Inspirations: The Medici Family, mafia boss but cares about the community for real, "the best of intentions...")

"I never would have dreamt of depriving you of your moment of triumph. Alas, a moment was all I could spare."
— The Scarlet Pimpernel

Once upon a time, Lucas was a con artist turned honeypot for a pro-Royalist faction in Ul'dah. That was another life, and that man is long dead. But those talents came of use again — and grew— when he smuggled supplies to the Ala Mhigan revolution, aided as a spy, and later served with The Eorzean Alliance.

Lucas' talent and training as a spy originated with his criminal past in Ul'dah, and came in handy when he took on spy work in earnest.

Now Lucas is the boss. He no longer works in the field, but directs others as Aetherscale Enterprises serves as a front for intelligence contracting. He continue to advance his alchemical talents, and uses them to keep his own agents safe.

It's all very hush hush.

In Lucas' eyes, nothing is more despicable than slavery. During his time as a spy, he prioritized rescuing of prisoners and slaves from Garlemald. This work revitalized Lucas' habit of creating many aliases. Due to those experiences, his thirst to do all he can to help The Eorzean Alliance bring Garlemald to its knees is more than a nationalistic concern.

Today, Lucas' oath of liberty extends to Eorzea. The continent doesn't have the best reputation when it comes to such matters, but he does all he can to help, even if that means quietly defying Ul'dahn law and custom.

The liberation of enslaved lands is often on Lucas' mind.

This facet of Lucas' life also prompts a hard line stance on the distribution of addictive drugs, which can easily serve to make easy victims for human traffickers.

(Inspirations: The Scarlet Pimpernel but not pro-nobility)

Lucas once ran cons and operations alongside royalists. At the time his interest was purely selfish and mercenary, but the beliefs of some of those people rubbed off on him, even if he was a different man then.

Then he saw political revolution come to Ishgard. He was there when Ala Mhigo formed a new type of government.

Timing is critical as well. At present, Eorzea needs Ul'dah's wealth to help project soft power. The Alliance needs Ul'dah's might to help fight Garlemald. A mistimed revolution would be disastrous.

And so he builds his power and waits. Revolution can't come at the cost of Ul'dah losing its place in the world, even to today's allies. 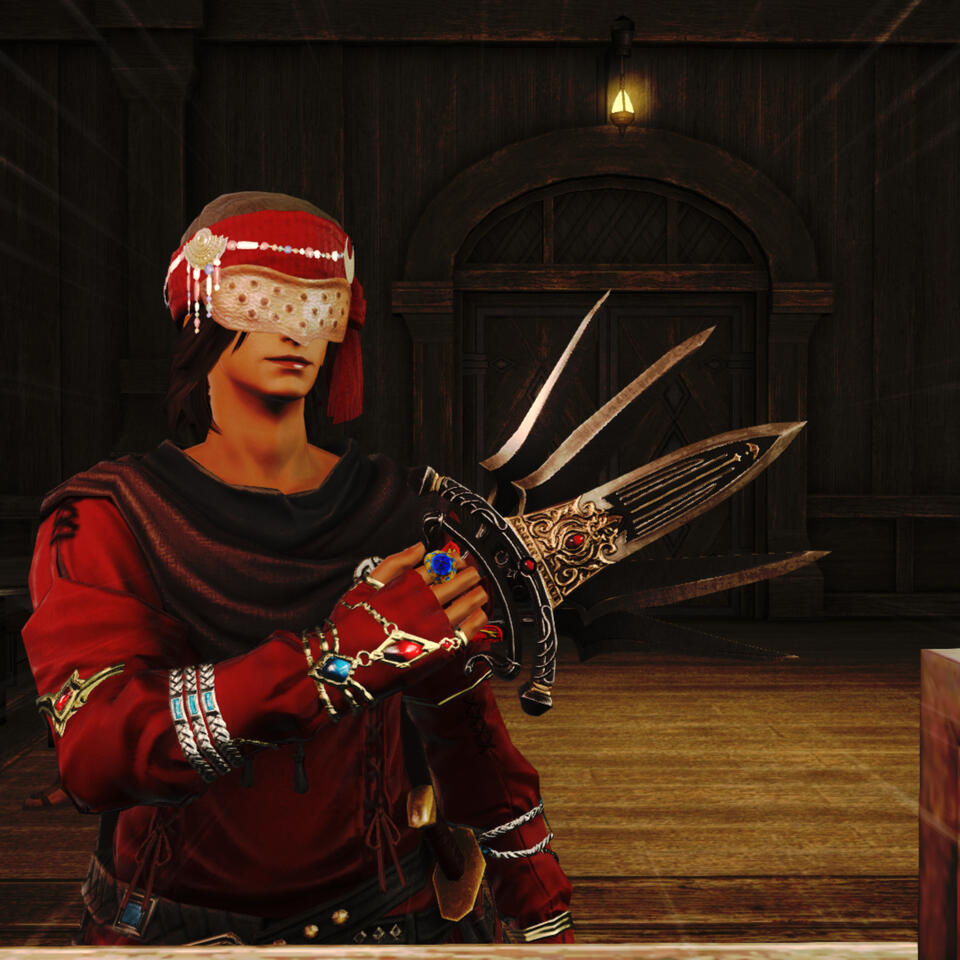 Lady Cassandra Porter: The Mistress
"She's my seer; she keeps me balanced. I couldn't have chosen better."

I'radebh Tykah: The Lieutenant
"I can't help but treat her like a daughter, but she's always telling me what to do. Is that normal?"

C'reva Zolwe: The Assistant
"Gods, how did I ever get through the day without her? I regret that I'll have to replace her eventually; She's meant for even greater things."

Kale Tillerson: The Bruiser
"Everyone forgets there's more to Ul'dah than luxury, wealth and towering domes. Good way to get a shield to the face."

Jaran: The Professional
"We survived behind enemy lines together. If tech is involved, I trust no one more."

Safranloix Courdelion: The Doctor
"Maybe Ul'dah doesn't know everything there is to know about alchemy."

Saoirse Quincy: The Revolutionary
"The only difference between you and a folk hero is good PR."

Iona Falconsoul: The War Buddy
"If you want a good laugh at my expense, ask Iona about the flagpole incident."

Garrett Sadova: The Artificer
"I have no idea what he's doing, but I trust that Flame discipline."

Tilda Oake: The Comrade
He wasn't in love with her. But they were in rage together.

Saya Iruma: The Sorceress
"You keep my people safe. You'll always have a place at my side."

Killian Waltz: The Enigma
"Well, if Sangrid and Saya trust him..."

Ea Sangrid: The Dragon
"You see me more clearly than anyone else."

Cordelia Harper: The Caravaner
"Try getting anything done without good people in the field. Quincy is lucky." 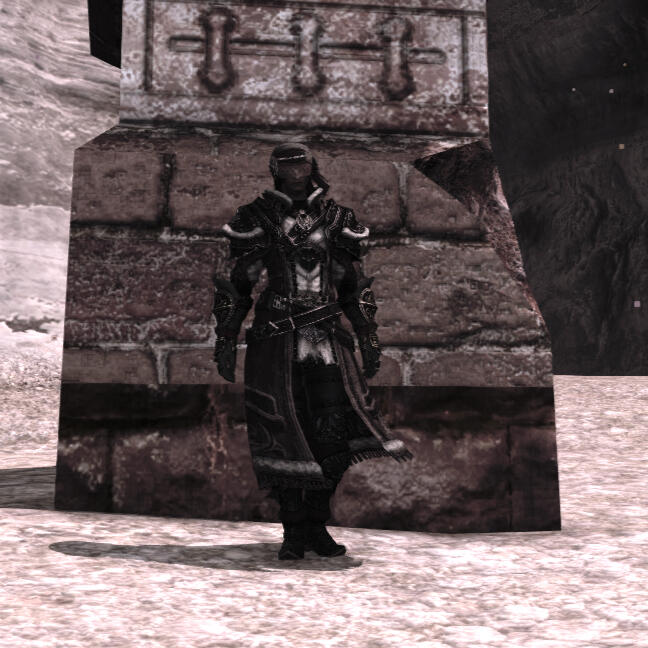 K'inja Shivaji: The Diva
"And now welcome to the stage The Rising Star of Ul'dah!"

Nao Brulliere: The Silent Fist
"You'll have a place here as long as you'd like."

Veata Aydelotte: The Sister
It was the first time he'd loved someone and wanted nothing from them.

O'rylah Yelho: The Handler
"If you want to get everyone home alive you could learn something from her."

O'kishi Yelho: The Pirate
"I'm not afraid of very many people and I'm not ashamed to say she's one of them."

Roam Silverbrush: The Fae
"She's just doing her thing. Don't worry about it."

Shiori Tsukuda: The Hidden Heir
"Perhaps one day I'll be coming to you for advice, but for now trust that I've heard it."

Zaya Mol: The Healer
"I think we have a mutual understanding. We're here to look after our people."

Leilani Lani: The Heiress
"She's proven herself and her people to be steadfast friends."

Yeva Nulah: The Sharp Dresser
"She's quiet like a woman with nothing to prove."

Hisaya Ejinn: The Shinobi
"In the frozen lowlands it was easy to determine who was dependable. He stood out."

Arslang Semvachir: The Old Hand
"I get the feeling he knows exactly how things work in this world."

Castle Stoneforge: The Craftsman
"I sense a dependable man. If only I could claim him to be Ul'dahn."

Namida Wyrmsong: The Keen
"Now here's a sharp woman to keep an eye on."

Dancing Moonlight: The Bombshell
"I can only guess at how much she has going on. I'll need to be at my best around her."

Catherina Renard: The Dalmascan
"Layers upon layers. How accurate are my guesses?"

Emeline Tousart: The Conjurer
"Rare is the soul so sincere in its benevolence."

I Prefer in-game RP, but some Discord is OK.

In game as Lucas Rajan. On Discord as MithrilDM#6221.

Most themes are OK so long as nothing creepy is going on OOC. I'm the final judge of that. Please clear anything more intense than PG-13.

Lucas is a gentleman rogue in order to further his goals. If you're looking to ship, it's probably not going to happen.

I prefer collaboration and have no interest in OOC rivalry.